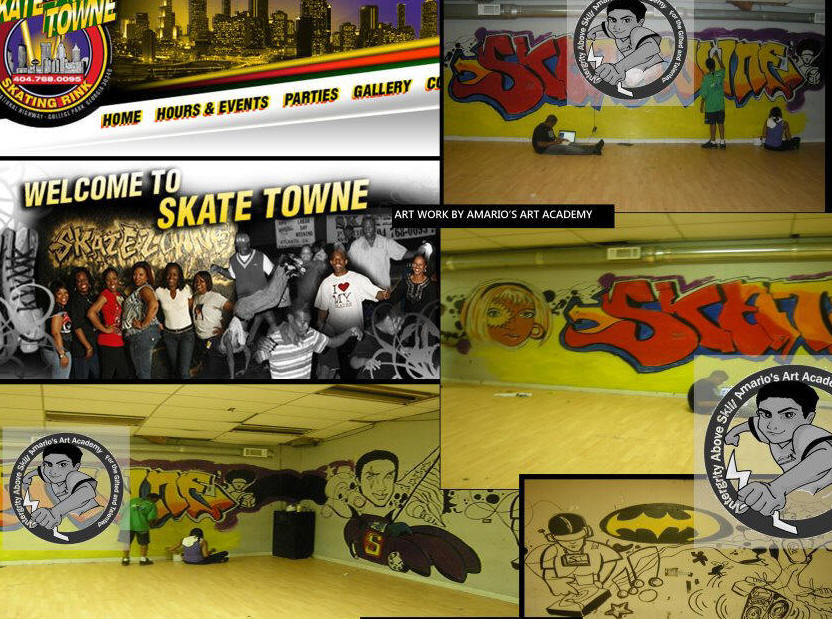 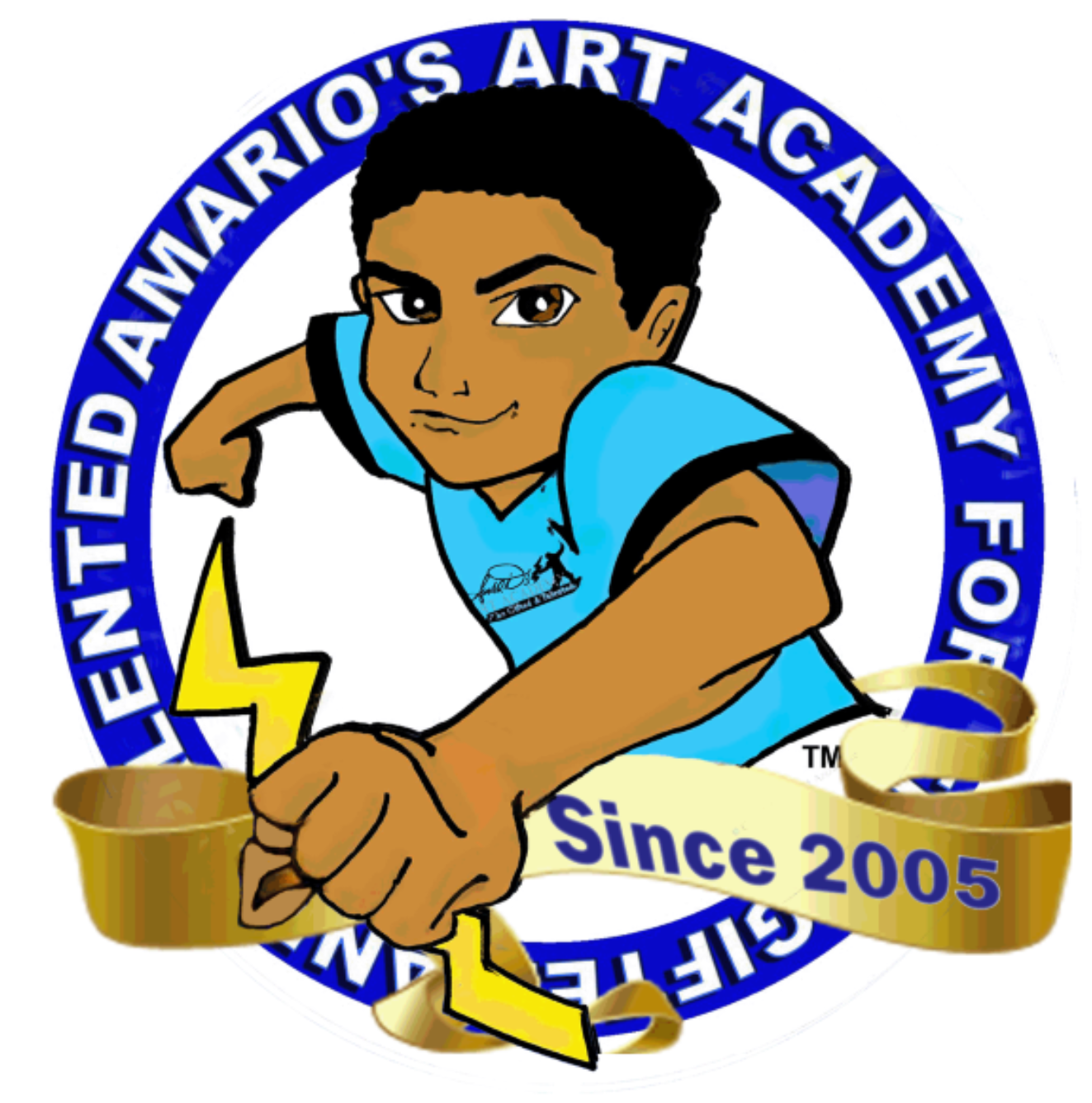 CLICK ON EACH PICTURE FOR MORE MURAL PICS & DETAILS

This mural was create as a collection of 8 murals specifically designed for middle school ministry.

These dynamic posters/mini murals to be on display throughout Atlanta 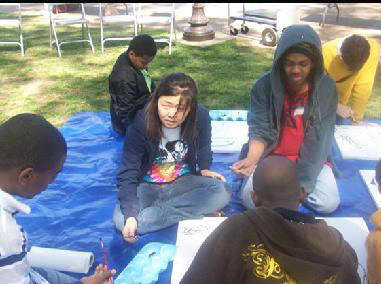 This set of mural displayed, Joker, Batman, Freeze and more in dynamic fashion.

This was a major community mural for the City of East Point , with help from Hands On Atlanta, EPCAT, Teens at Work and a host of other agencies. Here Judge Hatchett used this mural to demonstrate "rebuilding".

The Dinner Ceremony and partnership support .

The Academy created a mural for Harriet Tubman Elementary with partnership funding from the Lego Children's Fund. The mural was also a part of the greater initiative with local art schools & Academy students.

As part of class assignment using scale some of the Academy students were asked to create this mural.

Mural with TEENS AT WORK at KIPP South Fulton Academy

Academy students created this mural for the Teens At work Game & Activity room. 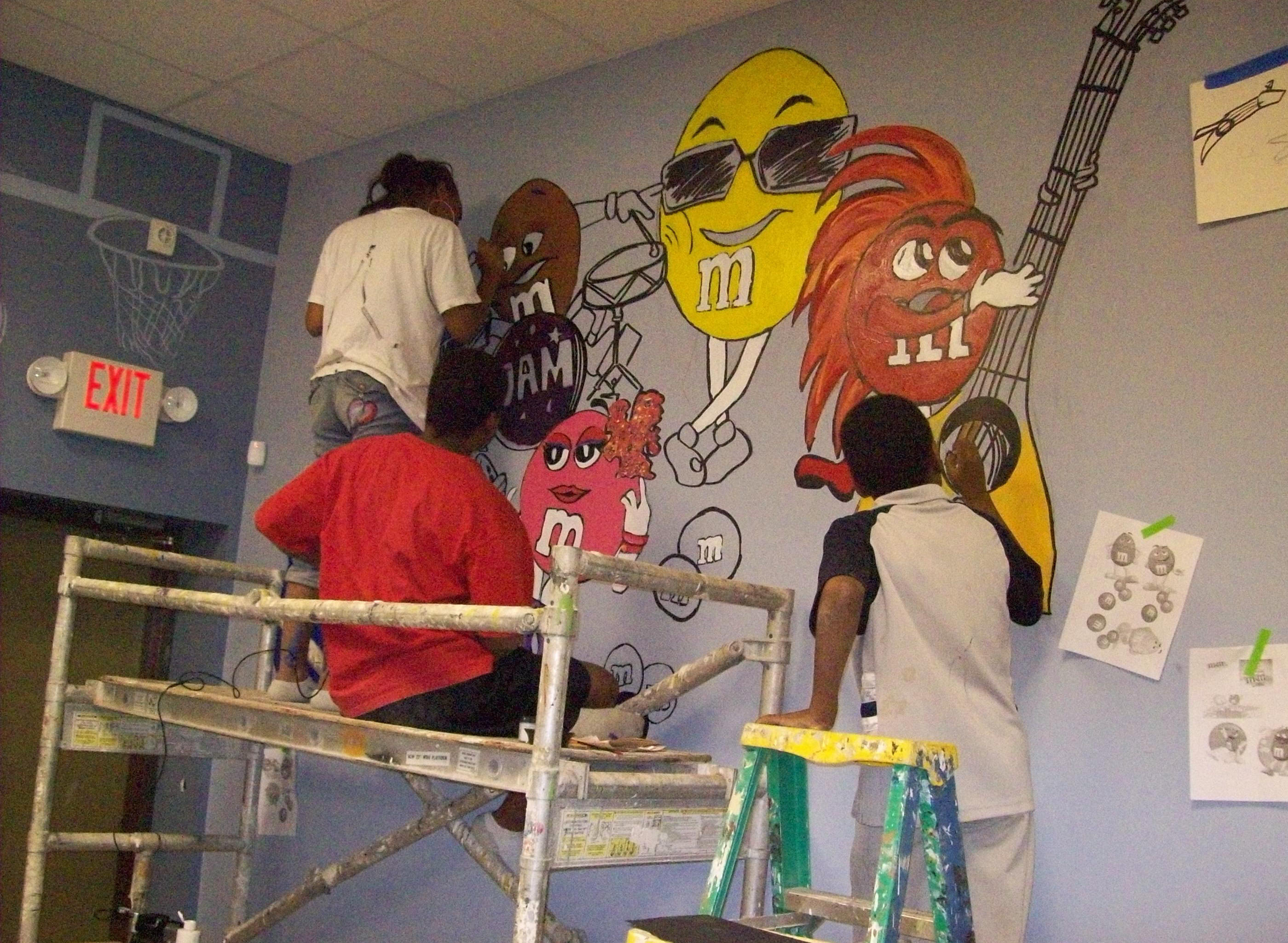 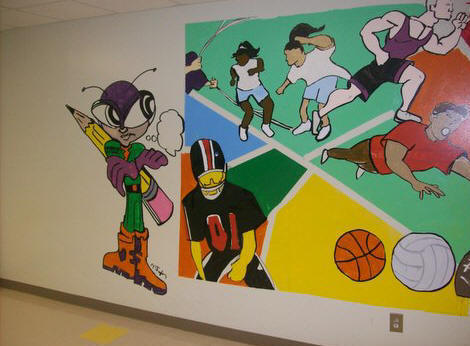 The Academy created a mural at the entrance of the school auditorium. 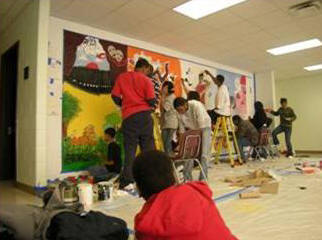 The Academy created a mural concerning fitness with Hands On Atlanta & Atlanta Public Schools, this mural and school was featured on Good Morning America 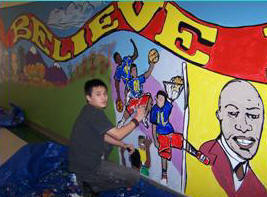 The Academy created a mural and coined the phrase "believe in yourself " concerning fitness with Hands On Atlanta & Atlanta Public Schools. This mural is located outside of the Principals office. 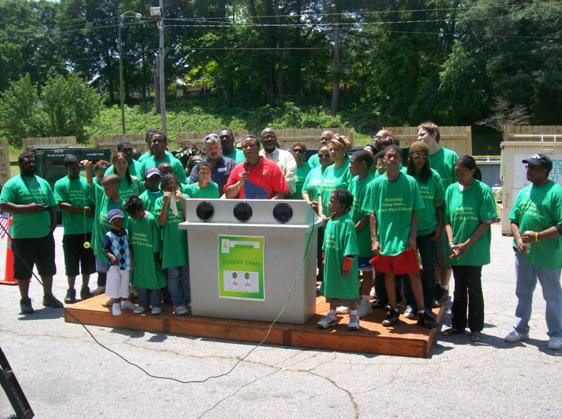 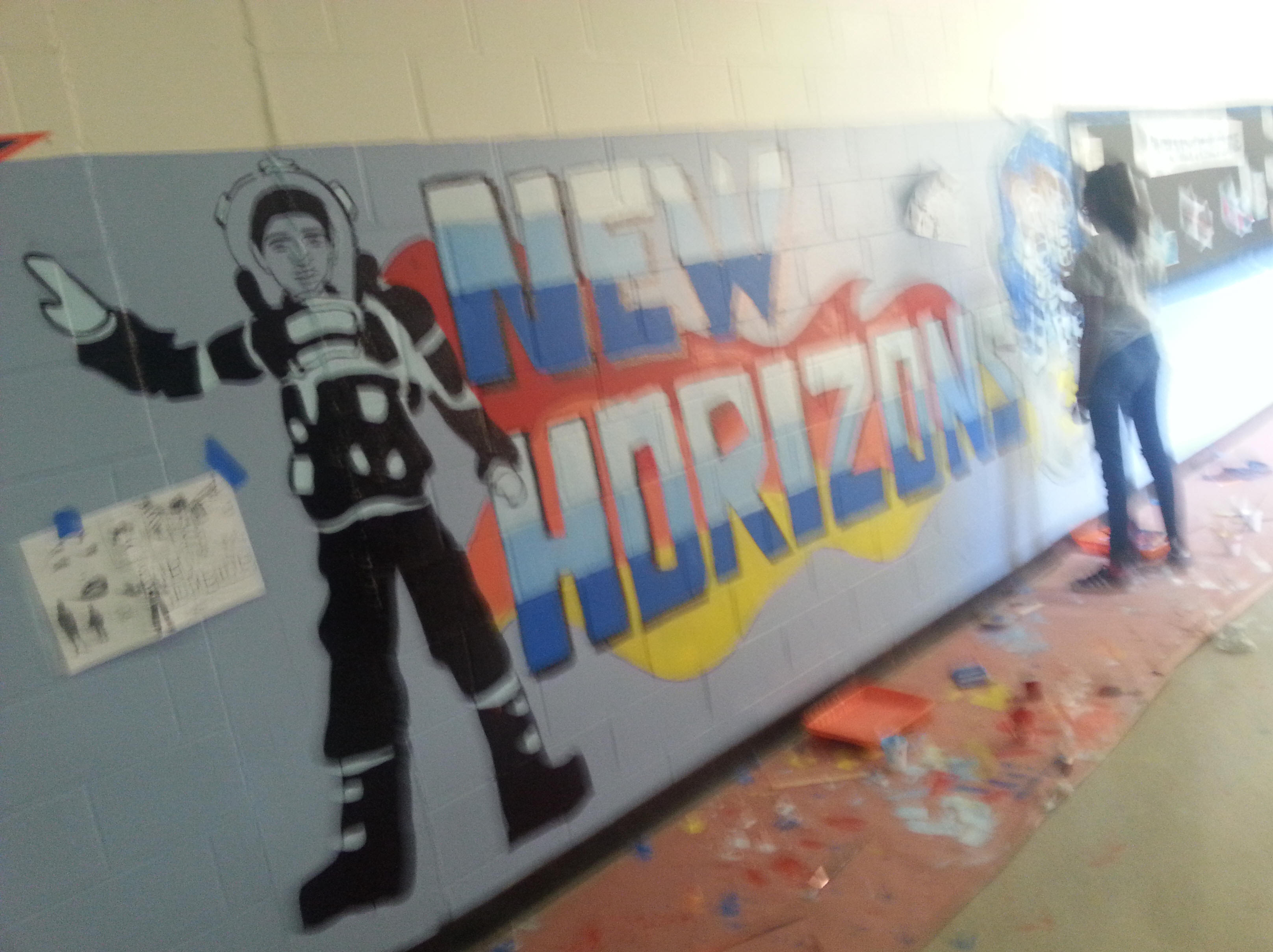 Mural FOR McNair Middle School and

This mural was create as a collection of murals for display in the Georgia Tech Campus.  Academy Students partnered with GA Tech students o create this mural. 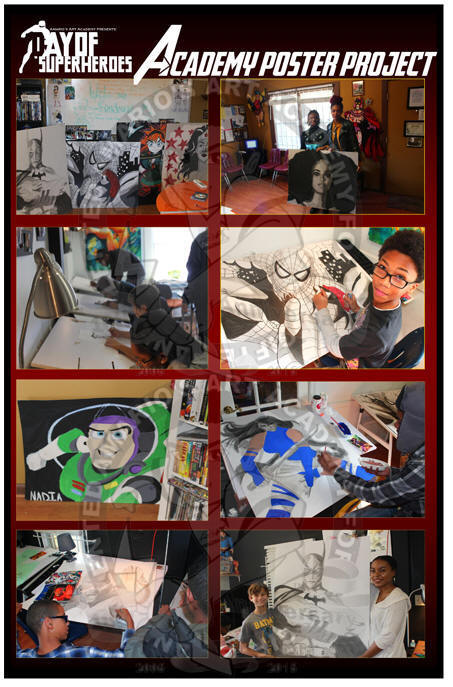